Over the past six seasons, the Erie Otters Hockey Club have partnered with local firefighters and police officers to put on a charity hockey game. We were honored to participate this year and are floored by the e-mail we just received with the final numbers!!

The 2016 installment of the Guns N Hoses proved to be the most successful BY FAR raising $11,314.00 for JDRF Northwestern PA Branch. In its six year history, the Guns N Hoses game has raised around $30,000 for local non-profits. 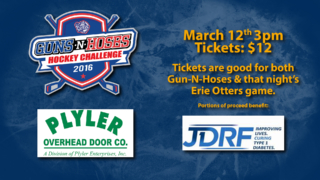 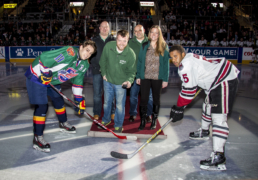 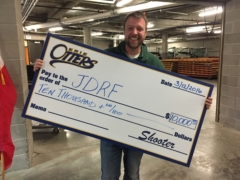 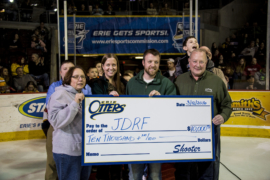